The Age of Technology has brought about many material innovations to society, however, it has encouraged the undeniably overlaying Age of Information. People all around the world are changing their lives and the world for the better simply by having access to health and environmentally-conscious media. Learning how to improve one’s lifestyle is only a few clicks away, but to really make a mark on communities it takes individual willpower and a culture of healthy living. That’s where Broccoli City Lifestyle Group steps up to the plate.

“Broccoli City Lifestyle Group is a social enterprise whose mission is to develop innovative strategies on living healthier and more sustainable lifestyles, while empowering communities to make informed decisions about their health and environment.” -BroccoliCity.com

Aside from the musical features the 2nd Annual Broccoli City Festival will offer free yoga, zumba and dance classes from 12-8PM at the event’s venue, Gateway Pavillion. The 800-square foot venue is proudly located in Ward 8 at 1100 Alabama Avenue SE, Washington, DC 20032.

Rock Creek Social Club (@RockCreekSocial) is a collective of DC-based culture curators that have consistently thrown some of the biggest concerts and parties in the DMV. Their focus on creative practices ranges from music to art to fashion and design. RCSC is a quality-assuring stamp for this festival.

RCSC’s own DJ Jerome Baker will be getting the crowd hype while sharing the stage with DJ Money and DJ Crooked.

If you’re not yet hip to Rock Creek Social Club or DJ Jerome Baker then you need to be at Broccoli City Festival Pre-Party on Friday, April 18 at Recess Lounge. Need more convincing? Well, the open bar from 10 to 11PM should do the trick. The address is 727 15th St NW.

This year’s Broccoli City Festival DC will be headlined by The Diplomats CEO Killa Cam aka Cam’ron, and Roc-A-Fella Records’ longtime in-house producer, Just Blaze. Both of these legends have sustained (ha get it?) longstanding music careers, but #BCFest is also about progression and experiencing newness. Understanding this Starved Magazine decided to highlight some of the most promising acts, so that you can front to your friends like you’ve been longtime fans when you see them on stage. Check ‘em out:

The Melker Project (bka Scott Melker aka A$AP Scotty aka Trill Collins aka Jew Chains) recently released “Red Hot Trilli Peppers”, a mashup mix of Red Hot Chilli and popular rap songs, will hopefully have some “Ballin Oates” shirts on deck. RHTP was made for dark liquor moments, so be ready to turn all the way up during his set.

Sango was once called “The New Prince of Alternative R&B” and rightfully so. The Seattle-born producer creates music from the heart and hopes that his sounds are “Everything I hope you love.” When Sango gets on stage his set is the time to “boo love” or utilize your liquid courage to say “Wassup” to that girl/guy you’ve been trying to make eye contact with. Here’s his latest joint featuring another #BCFest performer.

The Virginia-bred enigma, GoldLink, is known for his “future bounce” rap style and sounds. The Sango-collaborator released his debut project “The God Complex” in March 2014. Get familiar with GoldLink in this interview.

DMV natives Future Band are a diverse group most known for consistently rocking DC’s U Street over the last few years with soulful Hip-Hop and Progressive Rock renditions.

Me & This Army is an interesting trio that bring authentic lyrics along with passionate vibes to their live sets. The Baltimore band is led by bassist Courtney Hargrove with Jon Burrier and Nick Pollione also holding it down on the guitar and drums, respectively. 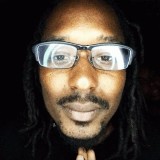 RasheedVP is a business-minded creative from the 3rd Coast. Currently living in the DMV where he is [still somehow] a Senior at Howard University. He walks the divine paths of patience and diligence. Follow him on Twitter: @Rasheed365

Music, Submissions
” We need much MORE of this, and much less of the mainstream”| Columbia Nights Interview